First off, I’d like to welcome WAL*MART—er, Walmart—to 2005! It seems the neighborhood-munching behemoth’s nearly two decade old logo wasn’t friendly enough to represent the company in this brave new world. Second, I wonder how long it took to develop this logo. Ten minutes? Fifteen? It probably took a year of focus groups consisting of old people who think lowercase proper nouns are cutting edge.

Business Week had the details on this change last month, and Brand New had a more snarky take—e.g. I enjoyed it thoroughly.

At least Walmart kept the capital; the same can’t be said for AT&T’s 2005 logo change. Hey, Walmart is working on being more environmentally friendly. All they have to do now is stop mistreating their employees, and destroying small-town America, and they just might back up their friendly new logo. In the same way that AT&T stopped being evil the moment they changed their logo. Oh, wait, never mind.

It must really suck to make a computer-generated guesstimate at a future car model just days before the real deal gets leaked onto the internet. If your Photoshop handiwork is pretty close to the real deal, that helps lessen the blow, but still….

Here’s what Autobild came up with, seen just a few days ago at The German Car Blog: 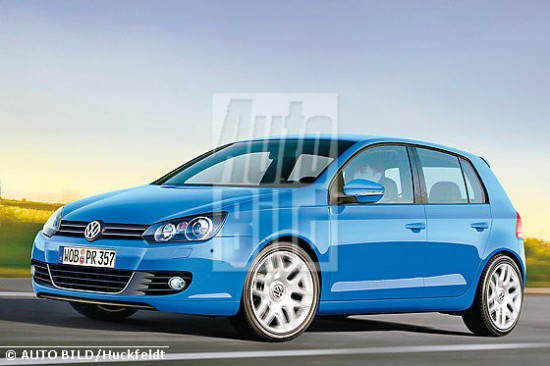 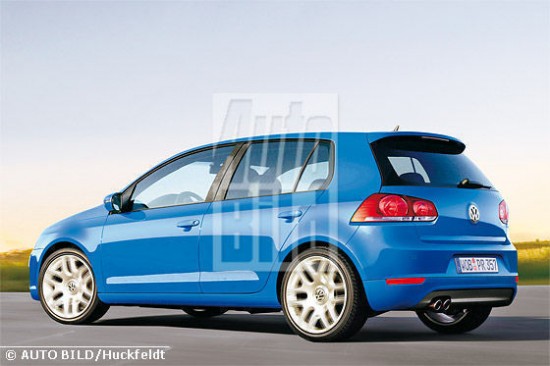 Cool, so they basically started off with a bodykit-wearing MkV Golf/Rabbit, added the front end of the new Scirocco, and the rear tail lights from the Touareg and called it a day. Anyway, literally the next day, I see leaked photos of the MkVI Golf in the flesh on Autoblog. And a few more photos popped up on World Car Fans the day after that. 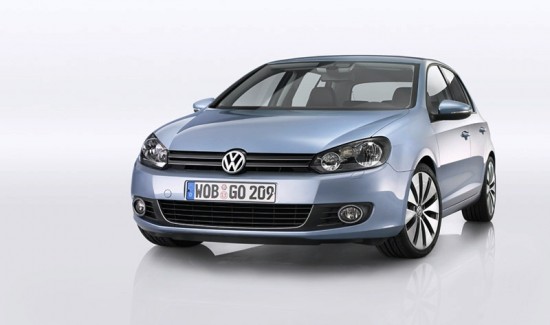 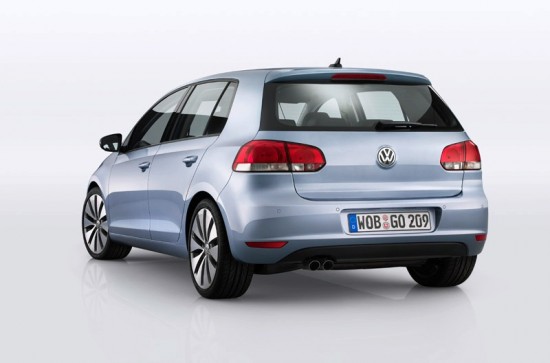 Now, as for the design, I’m happy to see Volkswagen’s design language taking a step back from gaudy chrome to the glory days of the MkIV generation. You might remember that as the generation that started with the then-iPod of cars, the New Beetle, and basically brought Volkswagen from a near-defunct brand in the US to its former yuppie glory practically overnight. Basically, I’m already sold on the design.

I bought a cheap pair of glasses when my last pair broke because I needed new glasses ASAP, but I wanted to look for a pair that really suited me. See, when you’re buying eyeglasses because you actually need them and not for fashion reasons, you walk into one of several eyeglass stores and you’re fed upon by salespeople like you’re at a car dealer. Except, it’s glasses, and you can still see without having a car.

At any rate, I decided to start looking for a set of specs that suit me, and decided to use the internet the same way I do when making any purchase—check out reviews, compare specs, look for deals, etc. I’m just fine going to blogs for tech info, furniture info, etc., but eyeglasses? Clothing and accessories are a new frontier; everything I wear came with a Target price tag.

Innocently enough, I started by typing glasses.com. Which promptly redirected me to 1-800 Contacts. Well played, 1-800 Contacts, well played. Next, even though the term made me want to puke, I googled “where can I find fashionable eyeglasses?” and basically ended up with LensCrafters and Amazon.com listings. Damn, I could’ve thought of that without Google’s help.

The thing I like about eyeglasses: they’re the only item where the price disparity between no-name, brand name, and designer brand is next to nothing. No-names? Under $100. Ray-Ban? Oakley? $150-$200. Dolce & Gabbana? Burberry? Ferragamo, Prada? $200-$250. And then there’s the issue about insurance covering a good percentage on frames.

And in conclusion, these are the two frames I kind of settled on, after my exhaustive (15 minute) search. Kind of partial to the Burberry specs at the bottom for the Gordon Freeman look….